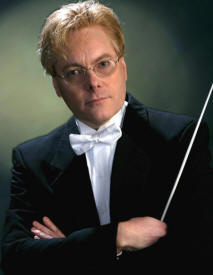 Daniel McCarthy (b. 1955, Onekoma, Michigan) is an American composer and educator.

Dr. McCarthy is a unique and fresh voice among the myriad of composers vying for attention in the contemporary music scene. His music defies categorization in terms of academic, experimental, traditional or other approaches to concert music except that it is infectiously appealing to listeners and performers alike. Music is music to Daniel McCarthy no matter what the medium or style. It abounds with rhythmic excitement, harmonic and lyric richness, and drama based in his musical roots which extends from opera, orchestra, band, jazz ensemble, rock, and funk.

Dr. McCarthy is Section Chair of Composition and Theory at the University of Akron School of Music where he is founder and Director of the American New Music Festival in Akron, Ohio. Daniel was previously Theodore Dreiser Distinguished Creative Professor in Composition at Indiana State University where he directed the Contemporary Music Festival with the Louisville Orchestra.