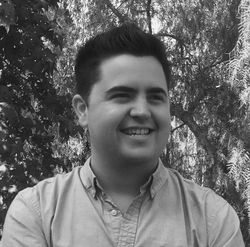 French's diverse body of work includes music for orchestras, wind bands, chamber ensembles, and the voice. Mr. French has a particular affinity for the American wind band and writes for ensembles at all levels. Mr. French’s music receives regular performances in venues across North America under conductors including Jack Stamp, David Gilbert, John Carnahan, Mitch Fennell, and Travis Cross, among others.

In 2012, Mr. French was the winner of the National Children’s Chorus National Composition Contest for his cantata ‘Till Daybreak (2011) and was recently commissioned by the Indiana University of Pennsylvania to compose a new work for premiere in the spring of 2015. Mr. French serves regularly as guest conductor and clinician, and maintains an active private studio.