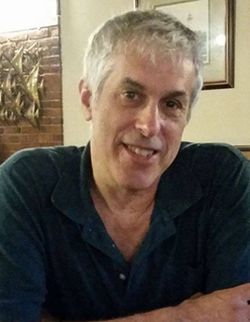 Dorff has written many frequently performed recital works for woodwinds, and music for orchestra, concert band, piano, chorus, and chamber ensembles, including often-neglected instruments such as contrabassoon, piccolo, and tenor saxophone, the best-known of which are Sonatine de Giverny and Flash!, both for piccolo and piano. He has taken a particular interest in exposing young people to classical music; many of his works are written for young audiences, including Three Fun Fables, a setting for narrator and orchestra of familiar Aesop tales; Billy and the Carnival, a narrated guide to the instruments of the orchestra; Blast Off!, a travelog of a trip to outer space (the score to which was flown by NASA on the 100th mission of the Space Shuttle); and familiar stories such as Goldilocks and the Three Bears, The Three Little Pigs, and The Tortoise and the Hare, and Stone Soup: An Operatic Fable in One Delicious Act which has enjoyed well over 1000 performances.

His works have been commissioned by such ensembles as the Philadelphia Orchestra and Minnesota Orchestra, and performed by groups and individuals including the Baltimore Symphony, Eastman Wind Ensemble, flutists and clarinetists of the Chicago Symphony and Berlin Philharmonic, pianist Marc-André Hamelin, and flutists Jean-Pierre Rampal, Jasmine Choi, Denis Bouriakov, and frequent collaborator Cindy Anne Broz. He has also created arrangements for Sir James Galway and pop musicians Keith Emerson and Lisa Loeb.

In addition to his compositional career, Dorff is a clarinetist and saxophonist and was bass clarinetist for the Haddonfield Symphony for 20 years prior to Alan Gilbert appointing him composer-in-residence. He frequently lectures on music engraving and notation, a subject in which he is expert.

Mr. Dorff is currently vice president of publishing for music publisher Theodore Presser Company; his input has also been sought in the development of leading music notation software.