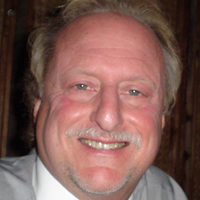 Dr. Adams is the composer of numerous published musical compositions and the author of many articles and reviews on various topics related to twentieth century percussion music, musical pedagogy, and the music of Texas. His book entitled The Solo Snare Drum was published by Honey Rock in 2000. He is also the author of two entries published in the 2009 Oxford Encyclopedia of African-American History 1896 to the Present, and has authored a revision of the Miami, Florida. entry for the New Grove Dictionary of American Music (2013).

Adams has served as a panelist and lecturer, both nationally and internationally, on topics ranging from music composition and pedagogy to faculty governance. In 2011 he presented a composition master class at Ewha University in Seoul, South Korea. His music has been performed throughout the United States and in Spain, Germany, Belgium, Sweden, Turkey, Costa Rica, Argentina, Finland, Canada, and South Korea.