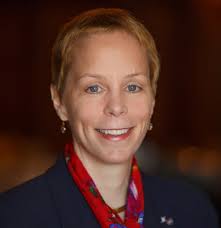 Galaxy Dances opens in the lowest register of the wind ensemble in a timeless, floating, and gradually rising tune, which for a brief moment unfolds an impression of the massive, enduring universe. A timeless galaxy is upon us, but steadily this music reaches upward and gains momentum, pushing through majestic, fanfare-like music, until it arrives at a driving, relentless dance. This is Galaxy Dance #1. Punchy repeated rhythms propel the dance while a counter tune hammers with hard accents against the forceful rhythm; all the while, brass fanfares challenge the flow, always asymmetrically, and with great passion. This "drama" is briefly interrupted by a florid and fiery passage led by a clarinet, before it returns and surges to its final climax. Galaxy Dance #1 is over.

Immediately a second dance begins. This is also rhythmic in nature and starts in a unison rhythm between the piano and the horns, with accents thrown in by the lower instruments, in intense, pointed strikes. The earlier clarinet line (from Galaxy Dance #1) now reappears in transformed guise played by the saxophones and oboes above the energized, lower, rhythmic pulse. The motor rhythms are never the same twice, imparting a restless energy.

Galaxy Dance #3 is characterized by a long trumpet solo, against which the band passionately spins a web of counterpoints. It is worth stating here that the core of this entire composition's soul is found not primarily in rhythm or harmony, but in counterpoint — not simply in its conventional musical sense as the art of combining melodies, but in a rhetorical sense as the evocation of opposition. Counterpoint, I believe, is much more than a matter of texture or technique; it is this music's central metaphor. We hear a brief rise from the lowest registers of the ensemble before Galaxy Dance #4 begins. This final dance features the lower instruments and the timpani in a funky, insistent, asymmetrical groove. A coda in the lowest register of the band returns to where the composition began, in an ageless, suspended galaxy. This work is a version of my Galaxy Dances for orchestra.

The publication of the wind band version of Dancing Galaxy was supported in part by a grant from the College Band Directors National Association.

Dancing Galaxy is dedicated with admiration and gratitude to Frank Battisti.