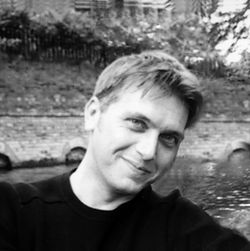 Danceries Set II continues the format of the first set in its use of material taken from Playford's Dancing Master to create an extended dance suite. Of the first set, the composer wrote,

The melodies themselves are a mixture of old and new – well, nearly. Where old occurs, it has been adapted in mood and composition and is often interspersed with completely new material. The harmonies and rhythms bring a breath of the new into these themes and ad to the drama of the set.

However, in the second set the movements are more extended "with a freer use and approach to the material; melodies now occur in various keys and are supported by a greater variety of harmonic coloring. The result is a richer, even more exhilarating set of dances. Danceries has come of age!"

Danceries (Set II), composed in 2011, is the supercharged sequel to Hesketh's Danceries of 1999. According to the composer, "the term 'danceries' can be found in a copy of Playford's Dancing Master, an extensive collection of folk and popular tunes of the 17th century (and no doubt earlier). This publication was used by master fiddle players to teach the various dance steps of the day to nobleman's house or a king's court." In Danceries (Set II), while the source material can be easily heard, its treatment is somewhat less genteel than the pieces in Hesketh's first set. Ingenious rhythmic treatments, a rich harmonic language, and at times brash simultaneities of the old and new crate a clearly contemporary listening experience. In Jennie's Bawbee, tune reminiscent of fifes and drums spin forward into a kaleidoscope of swirling lines and vivid fanfares. This gives way to an understated ending that couples perfectly with the opening pianissimo of the drums in Peascod's Galliards. As the galliarda unfolds, it builds to a larger-than-life character, especially as it approaches its monumental ending.

The premiere performance was given by the Birmingham Symphonic Winds, conducted by Keith Allen, 4 September 2011.