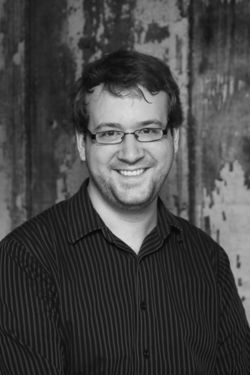 This work bears the designation Opus 16a.

A Cypress Prelude, which exists in versions for symphony orchestra and wind band, has garnered performances around the globe with a quickly rising popularity due in no small part to its perceptibly adroit craft. It was recently named the 2017 Sousa/ ABA/Ostwald award-winning composition, to be featured at the ABA annual conference.

Writing on the work, the composer suggests its influence thusly:

“This piece is meant to musically depict the simultaneous stalwartness and abstract beauty of a southern cypress tree. The theme grows from one small motive that germinates organically throughout the course of this short, relatively undeveloped piece. [...] Overall the piece is somewhat whimsical, while remaining deeply rooted in its serious nature.”

Puns about roots notwithstanding, the piece is clever, unfolding in a rhapsodic form that, while freewheeling, seems concise and complete. The opening of the work is dramatic and rich, with a broad and rhythmic declamatory statement subsiding into a pensive horn solo. From there unfurls a bouncy section of imitative polyphony in clarinets, harkening to the mid-20th century wind band works of composers like Vittorio Giannini. At its apex, this segment adopts a picaresque charm, brash and overt with its humor. Another solo concludes the first half of the work, with alto saxophone mirroring the wistful nature of the earlier horn melody. The contrasting section that follows is lush and romantic, with soaring legato melodies and a yearning character. This metamorphoses back through the original clarinet fugato into a whirlwind finish that combines all of the previously stated motives and styles, ending with a convincing thrust of bravado.