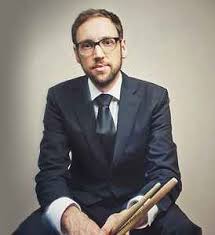 Subtitle: From the video game soundtrack. Featuring Inkwell Isle Two, All Bets Are Off, and Porkrind's Shop

Cuphead's 1930s retro-style soundtrack pays homage to ragtime jazz and the early days of animated cartoons. One of the most popular action-packed video games ever created.

Kris Maddigan, a percussionist and composer from Toronto and member of the National Ballet of Canada Orchestra, composed the original Cuphead video game soundtrack. The music is an authentic-sounding jazz and ragtime style that fascinates a new generation of video gamers like never before. Maddigan credits Duke Ellington as his primary inspiration for much of his music. In addition, there were other band leaders who also influenced hum, such as Scott Joplin, Cab Calloway, Benny Goodman, Lionel Hampton and Gene Krupa.

Much of the Cuphead soundtrack is up-tempo and somewhat rhythmically intricate. For this medley, three accessible and familiar tunes were chosen to maintain the essence of the original soundtrack without compromising the integrity of the original score.

Cuphead is a run-and-gun video game developed and published by StudioMDHR. Announced in 2013, the game was released in September 2017. The game was inspired by the rubber hose style of animation used in cartoons of the 1930s, such as the work of Fleischer Studios and Walt Disney Animation Studios, and seeks to emulate their subversive and surrealist qualities.

Cuphead features one or two players taking control of animated characters Cuphead and his brother Mugman to fight through several levels that culminate in boss fights as to repay their debt to the devil. The game was praised for its art style and noted for its challenging difficulty. It was both a critical and commercial success, winning several awards and selling over five million copies within two years.