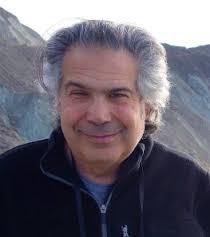 Craig Safan (b. 17 December 1948, Los Angeles, Calif.) is an American composer for film and television.

Safan began picking out tunes when he was five or six years old. Growing tired of classical music, Safan’s mother hired a teacher who taught "popular" piano, who had young Craig improvising in his first lesson. Moving from jazz to rock and falling in love with the Rolling Stones and the Beatles, Safan joined a jazz quartet as well as a rock cover band in high school. He had begun writing his own songs at the age of 13, and continued writing throughout high school. Upon his graduation from Brandeis University in 1970, Safan was awarded both "Best Drama" and "Best Music" awards. More significantly, he was awarded a Watson Foundation Fellowship which allowed him to live in London for a year and write music. During that time he mostly wrote pop songs and worked on musicals, his intentions still to become a songwriter.

Starting at age 24, Safan scored a number of independent action comedies like The Great Smokey Roadblock (1977), Acapulco Gold (1978), Corvette Summer (1978), Roller Boogie (1979) and the like: fast-paced youth-oriented films with lots of rhythmic vibe. It came as a change of pace to score a dark thriller like Fade To Black (1980). Perhaps his best score was to the science fiction adventure The Last Starfighter in 1987.

Safan has also composed extensively for television, notably the hit sitcom Cheers (1982–93), which won for him numerous ASCAP awards for his music.