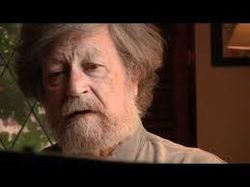 In addition to his vast output of German poetry, Rainer Maria Rilke (1875-1926) composed nearly 400 poems in French. His poems on roses struck me as especially charming, filled with gorgeous lyricism, deftly crafted and elegant in their imagery.

Contre Qui, Rose is the second movement of my choral cycle Les Chansons des Roses, on poems by Rilke, a poet whose texts were also used for my Nocturnes and Chanson Éloignée. Rilke’s poetry is often multilayered and frequently ambiguous, forcing his reader to use his or her own imagination to grasp the text. This wonderful little poem poses a series of questions, and the corresponding musical phrases all end with unresolved harmonies, as the questions remain unanswered. We have all been in situations where we have given affection and not had it returned, where attempts at communication have been unsuccessful, met by resistance or defenses of some kind. A sense of quiet resignation begins the setting as the stark harmony and melodic line, filled with unresolved suspensions and appoggiaturas, gradually build to a nine-part chord on [“on the contrary”] and then the music folds back on itself, ending on a cluster that simply fades away as does the hope of understanding the reasons for the rose’s thorny protection.


Have you assumed these thorns?
Is it your too fragile joy that forced you
to become this armed thing?

But from whom does it protect you,
this exaggerated defense?
How many enemies have I lifted from you
who do not fear it at all?
On the contrary, from summer to autumn
you wound the affection that is given you.

Originally from the pen of renowned choral composer Morten Lauridsen, this warm and dignified setting by H. Robert Reynolds works particularly well for concert bands. Phrasing is of the utmost importance to fully reflect the beautiful harmonies. The eloquence of the piece is stunningly gorgeous from the first note to the last.