Contemplation of Bravery, The 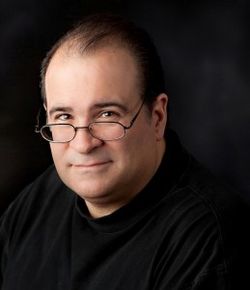 The Contemplation of Bravery was commissioned for the Bicentennial of the United States Military Academy at West Point and premiered March 18, 2001, in Eisenhower Hall by the USMA Concert Band under the direction of Major William Garlette, featuring Sgt. Harry F. Ditzel, french horn soloist.

“No marches! We have enough marches, and from the best! Do something different for us.” That was the advice Bertolozzi received from the West Point Band before beginning work. “In any event it was my intention to write something beautiful, so I introduced an introspective, meditative point of view into the genre of military music. Surely there are times when soldiers must think hard on their responsibility to perform their duty in the face of personal danger. This to me is the essence of bravery: to knowingly put one’s self at risk. I wanted to present my impression of someone meditating on the circumstances that requires them to relinquish their safety for a greater good.”

Though not literally programmatic, the music expresses the essence of its title: the voice of the French horn represents the personal, solitary thought with long, arching solo lines, while the rest of the ensemble surrounds it with an atmospherically textured landscape appropriate to evoking thoughtful reflections. The orchestration highlights the various colors, combinations and blends available only within the concert wind band. From filigreed figuration, and pungent mixtures, to roaring tuttis, gentle chamber combinations and solo voices, a coherent place was found for the entire sonic palette. There is even a section of “composed silence." The compoer writes:

Wanting to include the whole range of sound to express the profundity of my subject matter, I placed, about two thirds of the way through the work, a blazing chord for low brass and percussion which then fades. Three piccolos reveal themselves and slowly ascend, drifting like wisps of vapor and hovering a bit before they dissipate. All the while three triangles have been gently shimmering in the background like stars and then they die away into what might be construed as a grand pause, but what is indeed a “moment of silence” which has been integrally added into the work.