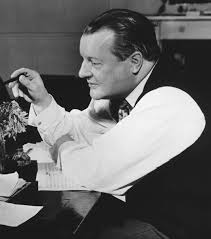 While still a boy he demonstrated formidable musical gifts. He wrote his first orchestral works at the age of 13, and at 20 received a commission to write a ballet for Sergei Diaghilev's Ballets Russes (Romeo and Juliet). Lambert studied at the Royal College of Music in London (on a scholarship), where one of his professors was Ralph Vaughan Williams.

For a few years he enjoyed celebrity, including participating in a recording of William Walton's Façade with Edith Sitwell. Lambert's best-known composition is The Rio Grande (1927) for piano and alto soloists, chorus, and orchestra of brass, strings and percussion. It achieved success, and Lambert made two recordings of the piece as conductor (1930 and 1949). In addition to his ballets, Lambert also wrote music for orchestra, songs, and pieces for piano.

He spent much of his life as a composer and conductor of ballets. An expert on painting, sculpture, and literature as well as music, he differed from most of his fellow English composers of the time in his acute and prophetic perception of the importance of jazz.

Lambert was conductor of the Camargo Society’s ballet productions. In 1931, he was named conductor of the Vic-Wells Ballet, remaining there through its metamorphoses into the Sadler’s Wells and then Royal Ballet. He resigned in 1947. He was associate conductor of the London Promenade Concerts and frequently conducted on British Broadcasting Corporation radio programs.