Concerto of Colours, A 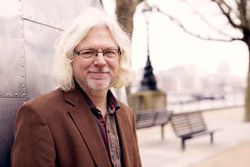 Subtitle: For Guitar and Wind Ensemble

The impetus behind A Concerto of Colours is the vivid, resonant landscape of the American Southwest. There are five short, highly contrasting, movements.

Albuquerque Turquoise attempts to evoke the wide-open skies and the dazzling bright light of New Mexico. The Zuni and peoples of the Rio Grande pueblos associated blue turquoise with Father Sky and green turquoise with Mother Earth. Clifford Still’s monolithic black paintings made a profound impression on me when I first saw them in Denver. The bleak canvases are sometimes broken up by small areas of intense colour — it is this contrast that I wanted to reflect in Still Black. There are other references here too — Mark Bradford’s politically charged artwork inspired by Still and the opening pages of Dylan Thomas’s Under Milk Wood.

Green Movement celebrates the beauty, but also reminds us of the fragility, of the Southwestern terrain. The title Nocturne in Blue and Gold is taken from a painting by Whistler, but this section of the concerto also alludes to the blues and to the American gold rush. The distant trumpet line suggests Miles Davis.

The finale, Red Rocks, is named after the concert venue in Colorado located in a spectacular natural setting. The musical material is based on fragments borrowed from King Crimson’s album Red.

A Concerto of Colours celebrates contrasts and contradictions.

Commissioned by Andrew Zohn and Jamie Nix through a consortium of American university wind ensembles and guitar professors. The first performance took place in Columbus, Georgia on 28th September 2017.