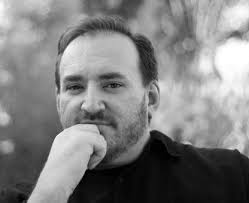 Tim Northcut, of the Cincinnati College-Conservatory of Music and fellow alumnus of Tennessee Tech University, commissioned me to write this mammoth piece in honor of our mentor and teacher Winston Morris, of Tennessee Tech University. When Tim contacted me, it was a few months before the big 50th anniversary of the Tennessee Tech Tuba Ensemble. We both wanted this piece to be centered around the larger-than-life character of Winston, while still being accessible to those unfamiliar with him.

The first movement, titled RWM, is based off of two primary recurring figures. The first figure, rhythmically notated as a quarter and four eights, represents the name itself: R. Win-Ston Morr-Is. The second figure, heard in the first entrance of the soloist, represents Winston himself and is developed throughout the movement. A third figure heard during the introduction, notated as a triplet followed by six eighths, is used to represent the autumn semester that Winston started teaching: Sep-tem-ber Nine-teen Fif-ty Se-ven. Full credit to Tim for conceiving of both of these rhythmic motives that drive the movement forward.

The second movement, titled Sweet Steel, is dedicated to Winston's wife Barbara (Bobbie), who sadly passed away in 2014 after a long history of complications from stroke. Beginning "attaca" from the previous movement, there is an abrupt shift in feel and tone. I wanted to get into a dark and emotional space, really pulling on the heartstrings without resorting to melodrama. The primary melody is based off a melodic figure from the first movement, used here as a tragic love song. A second melody shifts the tone again to an empowering and uplifting feel, building to a crescendo marking the return from the darkness. A brief restatement of the opening material brings the movement to a close with another "attaca" leading into the final movement.

The third movement, titled Cookevegas, is dedicated to the home of Winston Morris and TTU: Cookeville, TN. Having grown up and lived there for a good portion of my life, I'm intimately familiar with the town, its people, and vibe. Cookevegas is a tongue-in-cheek nickname known among locals, poking fun at the 'oasis-like' setting surrounded by the wilderness of Appalachia. Opening with a call back to the first movement, it quickly moves into a light jazz style, a nod to the titular Cookevegas, as well as the more traditional technical display commonly found in the final movement of concertos.

I completed this work on June 4th, 2018, in Roseville, California.