Concerto for Trombone and Winds 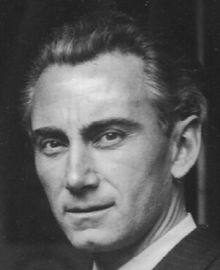 Henri Tomasi (1901-1971) was a French composer; his music is tonal, attractive, and a little exotic. This trombone concerto was written in 1956. A 16-minute piece in three movements, it is a very French work in its elegance and its propensity to echo the tones of popular and street music.

The first movement, at nearly half the length of the concerto, begins with a self-important, even grandiose, statement by the trombone. But this soon yields to sounds of French Impressionism, soft, alluring, and colorful. The movement ends with a waltz theme, like an older French salon orchestra. The second movement gives the trombone a lyrical, nocturnal theme over an accompaniment based on an ostinato. This rises to powerful statement from the trombone, but before the movement ends it has subsided to a quiet theme with a hint of blues.

Themes from the first two movements provide the subjects of the final movement, but they are transformed by South American rhythms. The composer named the movement a "tambourin," an older French form of fast dance-piece, that pushes the trombone into a virtuosic ending.