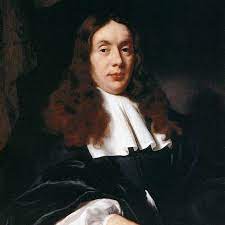 My serious interest in the music of eighteenth-century classic-period composers began during the World War II years while I was constantly in and out of New York City. I heard great performances of all types of music, but that by the “Viennese classics,” Mozart, Haydn et. al., appealed to me most of all. As an aspiring trombonist I increasingly wondered why Mozart, who had written so many concertos for many instruments as well as so beautifully for trombones in his music for the church, especially the famous solos in his Requiem, had apparently never composed a concerto for the trombone. And apparently neither had other composers, even though it was employed extensively in the music they composed for the many churches in Vienna and was the only brass instrument that was not constricted by the limitations of the overtone series. I was therefore excited when I accidentally stumbled on Wagenseil’s fine work while I was searching for something else.

It appeared before my eyes sometime in 1968 while I was on a sabbatical leave and working in a fascinating archive, in the former summer residence of Bishop Karl Liechtenstein von Kastelkorne in Kromeriz, a little town in Czechoslovakia (now known as the Czech Republic). Information about the concerto and about the history of the trombone in the Viennese milieu can be seen in an excellent series of articles by Ken Shifrin published in volumes 119 and 120 of the Brass Bulletin in 2003. Among other things he mentions that Wagenseil might not have been the composer! My distinguished colleague, Charles Sherman, and I were pursuing our special projects, I photographing and tracing the watermarks and copyist’s handwritings on the symphonies of Johann Wanhal , and he the compositions of Michael Haydn which had been reported to be in the archive. During a short break in my working, I scouted around and opened some intriguing-appearing file drawers in the card catalog. Suddenly, there IT was – information that the collection contained a concerto for trombone! As usual with such material, there was no score, so I examined the parts and made appropriate notations about it in my records, and he photographed the orchestral material.

Fortunately, Dr. Sherman was then producing the important Academia Mvsicale series for the publisher Universal Edition in Vienna. He too was impressed with Wagenseil’s concerto and believed it merited publication. And after a few weeks back in Vienna he presented me a beautifully copied score to edit. We agreed that, for practical reasons, it should have appropriate cadenzas which I composed and were printed in the solo trombone part.

The following year, after returning to my job as conductor of the Duke Wind Symphony, I was reminded that there were few substantial works of concerto stature for solo trombone, and that, furthermore, there were few orchestras available to play them. An appropriate transcription for wind band would probably be welcomed by my trombone-playing colleagues. I scored it in a manner that would preserve the flavor of the original: a string choir with a little four-voice wind choir of two flutes and two horns.

The first performance of this transcription was given by John Marcellus in Duke University’s Page Auditorium. Ken Shifrin’s performance in Vienna’s Mozartsaal in 1973 evoked high praise by the important critic Karl Löbl in Der Kurier. Later a manuscript version of not-very-good quality was made available. I am grateful for the chance to revise it and that Gordon Cherry is publishing it.