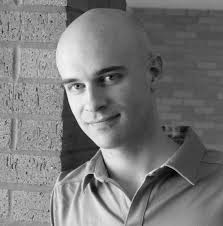 1. Mechanical
2. Very slow and free
3. Funky and with lots of energy

When I was twelve years old, I became enamored with the piano, and while this infatuation was motivated by a number of things, I distinctly remember that my interest was mostly triggered by listening to Frederic Chopin’s Scherzo in B minor, Op. 20. From that moment I knew I wanted to be a pianist (or some kind of classical musician) and began devouring as much piano literature as I could. I soon discovered Chopin’s piano concertos, followed by Brahms’, Tchaikovsky’s, Rachmaninov’s, and a host of others. The virtuosity associated with the concerto repertoire was dazzling to me and drew me in to the literature. Throughout my teenage years I absorbed a great deal of piano music, mainly through listening rather than playing, since I was not taught solid technique until my mid-teen years.

This knowledge of the piano literature has often kept me from composing solo piano music, much less a piano concerto, because I find it daunting to contribute to such a rich and beautiful repertoire. Moreover, my keyboard technique has always been limited, whereas many of the great composers of piano music were exceptional pianists, including Mozart, Chopin, Rachmaninov, and Prokofiev, to name but a very few.

Despite my hesitance, a couple of conversations changed my mind. The first conversation was with one of my professors, Dan Welcher, with whom I was doing a study of twentieth century orchestral music at the time. After we studied Prokofiev’s Piano Concerto No. 2 together, Dan casually mentioned that since I was a pianist, I should write a piano concerto. His comment sparked a sense of interest and confidence for some reason, and I began to think about what kind of concerto I would write should I decide to tackle that genre. The other conversation, which took place shortly thereafter, was with my friend Dr. Damon Talley. We were discussing ideas that I was considering for my doctoral treatise and I mentioned that I was thinking about writing a piano concerto that utilized wind ensemble rather than orchestra. He encouraged me to pursue this idea, noting that the concerto repertoire for wind ensemble is considerably smaller than that of the orchestra and that wind ensembles would be happy to have new concerto literature.

The Concerto for Piano and Wind Ensemble is in the traditional three-movement form. The first movement has three distinct themes: a stately fanfare-like theme, a fast scherzando theme, and a chorale. Though they are all very different, each theme is tied together by a three-note motive, which appears either in the theme itself or in the accompaniment. The second movement is in the tradition of the Romantic slow movement. I wanted this movement to be simple both melodically and harmonically, recalling the slow movements from piano concertos by Shostakovich, Barber, and Ravel. The final movement is a knuckle-buster for the soloist, with fistfuls of notes from beginning to end. It finds its inspiration in jazz/rock, bringing the concerto to a close on a very loud and very high note.