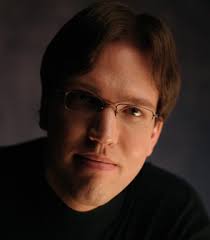 The Concerto for Oboe (composed 2012), is quite an expansive piece considering the canon of solo repertoire for the oboe.

The concerto begins with a heraldic, polytonal fanfare-like figure, which is introduced by the wind ensemble, and then taken and developed by the soloist. This figure, which is based on fourths, is manipulated throughout the movement, both melodically and as a basis for the subsequent harmonic content. The “B” theme contrasts with the “A” theme in that it is much more lyrical, yet slightly unsettled through the use of chromatic twists in the melody. The main theme returns near the end, played by the full wind ensemble in almost a menacing manner before the movement closes quietly with the solo restating the “A” theme.

The second movement is very lyrical and nebulous in nature. Again, there is use of quartal harmony throughout, and the movement is also in an asymmetric metre (7/8). This asymmetry is juxtaposed with the solo oboe’s very lyrical and haunting melody that is in symmetric metre of 4/4, causing a cycling of the melody over the harmonic progression, which pushes the two apart, while at the same time creating new harmonic development through this displacement of one idea across the boundaries of the other.

The last movement is highly virtuosic for both the solo and ensemble. Aleatoric ideas in the winds create an unsettled mood on top of which the soloist performs a rather chromatic, fiery, and highly intervallic “A” theme. The metre in this movement is often changing ,which further enhances the restless nature of the movement. The “A” theme is developed throughout the movement in many incarnations. The “B” theme is a smoother, more fluid melodic idea, which is often developed through short canons, or in counterpoint with the “A” theme. Asymmetric ostinati drive this movement forward at breakneck speeds, which all builds to a highly dissonant yet grand statement. The soloist further develops all of the themes in the cadenza which leads to a recapitulation and eventual final drive forward to the virtuosic finale of the work.

My ultimate goal was to bring the above noted ideas together into a homogeneous sound that serves to provide the solo oboe with a vast, dramatic backdrop. Much of the drama of the piece comes through the dialogue that is set up between the soloist and wind ensemble. Virtuosic passages are often tossed back and forth between the two, and there are numerous times when the accompaniment is brought to the forefront to develop the soloist’s material in a much grander and dynamic manner. There are also many elements of the oboe’s personality in this piece; it is an instrument capable of such a range of colour and emotion, from playful to the lyrical and haunting, to dark and aggressive. My hope was to create a piece that incorporated these qualities in order to give the performer a wide breadth of emotional range and expression.