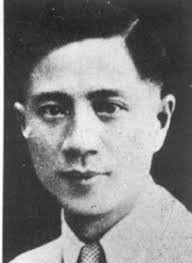 Colorful Clouds Chasing the Moon indicates a picture of the night sky. We can see the color of the night, which is not black but “colorful”. And there is the glorious moon, crystal clear, like water. “Chasing” the word gives action to the picture, with some vividness in the twilight. Under the night sky background, the clouds and the moon chase each other. What a beautiful scene of serenity!

In 1960, Peng Xiuwen re-orchestrated this music according to the establishment of Chinese National Orchestra. With an ethnic pentatonic melody, dizi, erhu reciting the main rhythm in turns, then light rhythm of plucked string instruments, the bass of plucked string and open sound of hanging cymbals, all together depict the charming scenery of the vast night sky.

Given its beautiful and simple rhythm, many lyricists have written lots of versions of lyrics to the music. Among those songs, the Cantonese version was the earliest and most successful one. In addition, for a long time after World War Two, Hong Kong is the center of Chinese entertainment industry. The prosperous music market in Hong Kong produced lots of successful and influential singers and songs. Thus, the Cantonese version of this music became more and more popular and prevalent. Gradually, people start to believe it is a Cantonese folk song …