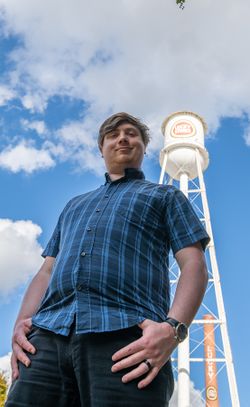 Mr. Westman grew up playing in concert and marching band, percussion ensemble and acting in musical theatre. He holds a bachelor’s in music composition from the University of North Carolina at Greensboro.

In his music, Mr. Westman tries to blend in his other hobby, gaming, pulling inspiration not only from the sounds, but the stories and characters from the games he enjoys. To this end, he tries to write fun, accessible music that pulls the two mediums together, with a focus on concert band and percussion ensemble.