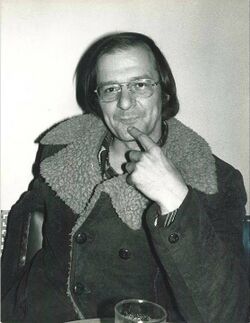 From the age of 13, Vivier attended boarding schools run by the Marist Brothers, a religious order that prepared young boys for a vocation in the priesthood. In 1966, at the age of 18, Vivier was asked to leave the novitiate for “lack of maturity”. His earliest works date from this period.

In 1971, following study with Gilles Tremblay, he studied for three years in Europe, first with Gottfried Michael Koenig at the Institute for Sonology in Utrecht, and then in Cologne with Karlheinz Stockhausen. Vivier learned much from Stockhausen, and his early works have aspects that are derivative of his teacher, though his later works bear little resemblance.

In 1974, he returned to Montreal and began to establish his reputation. He spent some years traveling in Japan, Bali and Iran.