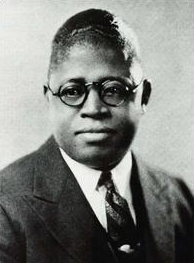 Williams grew up in New Orleans. At the age of 12, he left home to sing with a minstrel show. He later played piano with several small New Orleans bands. He also toured the vaudeville circuit as a singer-dancer-pianist. He owned a Chicago music store for a time, and in the early 1920s formed a music publishing company in New York City.

From 1923-1928, Williams was musical director for Okeh race records. He and his bands made a large number of records, and he also worked as a pianist for blues singers. Beginning in the late 1930s, Williams devoted his activities to composing and publishing music.

Clarence Williams' name appears as composer or co-composer on numerous tunes, including a number which by Williams' own admission were written by others but which Williams bought all rights to outright, as was a common practice in the music publishing business at the time. In 1970, Williams was posthumously inducted into the Songwriters Hall of Fame.