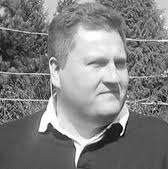 Christopher Painter (b. 1962, Port Talbot, South Wales) is a Welsh composer and conductor.

Painter studied music at University College in Cardiff. His composition studies were initially with Timothy Taylor and Richard Elfyn Jones, and from 1984 to 1989 he studied with Alun Hoddinott. He complemented this with consultations and masterclasses with Samuel Adler, George Benjamin, John McCabe, Edward Gregson, Robert Saxton, Robert Simpson, and Marek Stachowski. In addition to his composition studies, Christopher also studied brass band conducting with Edward Gregson, choral conducting with Stanley Saunders and Rod Walker, and, recently, orchestral conducting with Christopher Adey.

Painter was the first recipient of the Afan Thomas Composer's Award, he has won the National Eisteddfod Composition Prize (Newport, 1988), and he was featured in the Welsh Arts Council's Young Welsh Composer Forum in 1987. In 1997, he was the first Welsh winner of the Gregynog Composer Award of Wales for his Sonata for Harp, which premièred on June 28th at the 1997 Gregynog Festival. Appointed as composer-in-association with North Wales-based ensemble Cymru in 1997, Christopher wrote a number of works for this ensemble, including the children's dance work Yggdrasil, which was a Millennium Commission/Techniquest commission for the Sounds for Science education project.

In 1999 Christopher Painter was composer-in-residence with both the National Youth Orchestra and National Youth Brass Band of Wales. His work Invisible Cities (for the youth orchestra) not only received performances around the UK, but was also subsequently released on CD by the same group. In 2003 the Royal Society of Arts awarded him a Fellowship. Between autumn 2005 and spring 2006, he was composer-in-residence with the Thueringen Philharmonie in Gotha, Germany. Here he worked closely with Welsh conductor Alun Francis, a long-time champion of his music, and his tenure ended with the première of a major work for the orchestra, Forest of Dreams. On numerous other occasions, his orchestral and chamber works have received première performances and/or subsequent live broadcasts on radio or television.

Painter's most recent compositions include Hanes Taliesin (Taliesin’s Tale) for solo clarinet and dancer; Images in the Mist for the Richards String Quartet and Gregynog Suite for solo harp.