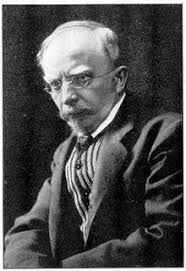 He studied music first in Christiania before going to Germany, where he studied at the conservatory in Leipzig under Salomon Jadassohn and fell under the musical influences of Wagner and Liszt. He lived in Germany for much of his life, but received regular grants from the Norwegian government. In 1920–21 he went to the United States of America to teach composition for a season at the Eastman School of Music in Rochester, New York. In 1924 he was given Henrik Wergeland's former home, "Grotten" ("The Grotto"), as an honorary residence.

Sinding is known for his lyrical works for piano, such as Frühlingsrauschen (Rustle of Spring, 1896). He was often compared to Edvard Grieg and regarded as his successor. Sinding's publishers required from him piano and chamber music, which has broader sales than the symphonic works he preferred. His own instrument was the violin. The large number of short, lyrical piano pieces and songs that Sinding wrote has led to many seeing him as the heir to his fellow countryman, Edvard Grieg, not so much in musical style but as a Norwegian composer with an international reputation. After his first piano sonata was premiered, a critic complained that it was "too Norwegian". Though Sinding is said to have replied that the next one would be even more so, specifically Norwegian folk-elements are not prominent in his richly contrapuntal post-Wagnerian orchestral style.

Eight weeks before his death in 1941, Sinding joined the Norwegian Nazi party, Nasjonal Samling. Because it was official practice for the postwar national broadcasting monopoly to boycott people seen as Nazi sympathisers, Sinding's reputation in Norway is now relatively obscure.