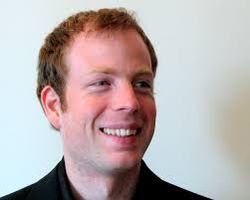 Christiaan Venter (b. 1980) is a Canadian composer, clarinetist and music educator.

In addition to concert music Christiaan writes music for film and television. Media works include the scores for the short films Panorama (2010), Citadel (2008), Binty (screened at the 2007 Whistler film festival), Wake of a War Bride (screened at the 2006 Calgary International Film Festival and nominated for an AMPIA award for best documentary score), and the feature length independent film The End, co-scored with Nova Pon (nominated for an AMPIA award for best dramatic score). Christiaan’s music for a scene from The Sheik was performed in concert as part of the Victoria Symphony’s Reel Music 2 competition and music has also appeared in commercials that have aired across western Canada.