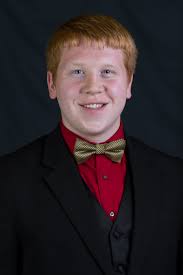 Chris’s music has been performed across the United States and has received international recognition with performances throughout Asia and in Australia, New Zealand, and Switzerland. His music has been performed by ensembles including the New York Philharmonic Principal Brass Quintet, the Sinta Saxophone Quartet, and the Third Coast Trombone Choir.

Chris currently resides in Jackson, Mich., where he works as a freelance composer and teaches private lessons for low brass students at Northwest Public Schools.