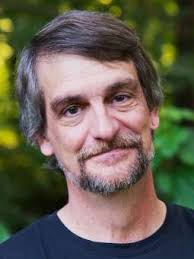 “I wanted to write a military march in the Hollywood tradition of great marches like Jerry Goldsmith’s “Patton,” or John Williams’ “Midway March.” I came up with the melody while walking from the U.S. Capitol to the nearest Metro station. I didn’t have a pencil and paper with me (very uncharacteristic of me!) -- but I did have my cell phone, so I texted the melody to myself using letters for note names and dashes for eighth-note place holders. The text version was in the key of C (easiest for punching out the note names with my thumbs), but I found that F worked better once I started scoring it. Otherwise, by the time I finished the march a couple of weeks later, the melody was virtually unchanged from the tune I texted to myself."