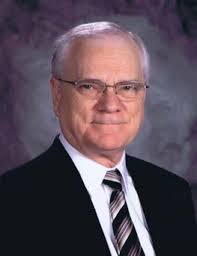 Subtitle: From the John Philip Sousa march Belle of Chicago

John Philip Sousa (1854-1932) was a conductor and composer during his time with the United States Marine Band in Washington, D.C. As his enlistment was running out in 1892, David Blakely of Chicago convinced him to organize a new civilian band. Sousa gave his final concert with the Marine Band on July 30, 1892, on the White House lawn, left the service the next day, and immediately set off for Philadelphia and New York to audition players for his new Sousa Band. This band debuted on September 26, 1892, in Plainfield, New Jersey, and would give more than 15,000 concerts on its international tours over the next 39 years.

It was expected that the operation would be headquartered in Chicago where Blakely lived and worked, but Sousa insisted on offices in New York. As a sort of consolation, Sousa agreed to perform a joint concert on October 21, 1892, at the dedication of the World’s Columbian Exposition -- the Chicago World’s Fair -- with a specially assembled orchestra of 190 players conducted by Theodore Thomas, founder the year before of the Chicago Symphony Orchestra, and return there for three full weeks the following summer when the fair had been completed and opened to the public.

For his engagements in the city, and as a tribute to its ladies, Sousa composed The Belle of Chicago. He completed the full score on July 23, 1892, in Washington, D.C. This date was precisely one week before his discharge from the Marine Corps to form his own civilian band. Some have speculated the title was intended for Ada Blakely, wife of his new manager, David Blakely. His band was temporarily known as the “World’s Fair Band.” The rousing march apparently had something other than the desired effect, however, since one local journalist wrote, “Mr. Sousa evidently regards the Chicago belle as a powerful creature, with the swinging stride of a giant, a voice like a foghorn and feet like sugar-cured hams.” This one negative review, while humorous, did not overshadow the fact this was one of Sousa’s best marches to date. The arresting four-bar introduction and the lean four-strain format (with no break strain) is vigorous and exciting, with an irresistible momentum.

Griffin's Chicago Belle Motifs weaves several of the main themes from Sousa's march into a tapestry of colors using multiple meters along with the familiar form of A-B-A (fast-slow-fast) of a normal overture.

- Program Note by composer and from John Philip Sousa: A Descriptive Catalog of His Works