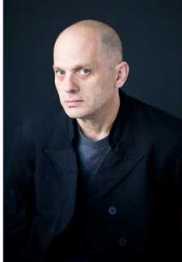 Written to be premiered at the New Music Festival at Bowling Green State University on October 15, 2011, this is the first band work by the Lang, a major Pulitzer Prize-winning composer whose works are known to stretch the bounds. This work challenges both the player and the listener in new directions, a hallmark of Lang’s innovative compositional skills. The complexity of rhythmic and the necessity for accurate subdivision provide both challenge and fun for the performer, and the layering of textures is unique and engaging.

A couple of years ago, I started thinking about how so often when classical composers write a piece of music, they are trying to tell you something that they are proud of and like about themselves. Here's this big gushing melody, see how emotional I am. Or, here's this abstract hard-to-figure-out piece, see how complicated I am, see my really big brain. I am more noble, more sensitive, I am so happy. The composer really believes he or she is exemplary in this or that area. It's interesting, but it's not very humble.

So I thought, What would it be like if composers based pieces on what they thought was wrong with them? Like, here's a piece that shows you how miserable I am. Or, here's a piece that shows you what a liar I am, what a cheater I am. I wanted to make a piece that was about something disreputable. It's a hard line to cross. You have to work against all your training. You are not taught to find the dirty seams in music. You are not taught to be low-down, clumsy, sly and underhanded. In Cheating, Lying, Stealing,' although phrased in a comic way, I am trying to look at something dark. There is a swagger, but it is not trustworthy. In fact, the instruction in the score for how to play it says: Ominous funk.