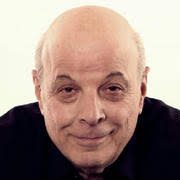 Charles Ira Fox (b. 30 October 1940, New York City) is an American composer for film and television.

While still a student at the High School of Music and Art, Fox studied jazz piano with Lennie Tristano. He then continued his musical education with Nadia Boulanger, first at Fontainebleau and then privately in Paris. Following his return to the United States, he studied electronic music with Vladimir Ussachevsky at Columbia University.

Fox's career started by playing the piano for, composing and arranging for artists such as Ray Barretto, Joe Quijano and Tito Puente. He also wrote theme music and arranged for Skitch Henderson and The Tonight Show Orchestra. Fox composed the themes for several game shows including NBC's version of the Match Game, the syndicated versions of What's My Line?, and To Tell The Truth. Fox also composed the music for Killing Me Softly with His Song in 1972.

Fox later wrote the themes for many films such as The Last American Hero ("I Got a Name"), Foul Play ("Ready to Take a Chance Again") and many television series, including The Bugaloos, Happy Days, Laverne and Shirley ("Making Our Dreams Come True"), and Wonder Woman. In 1977, Fox composed Love Boat, the theme to the popular TV series The Love Boat.