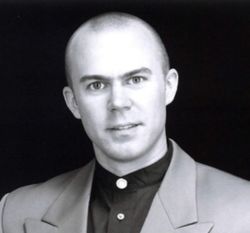 Michael A Mogensen (transcribed by composer)

Chapter Finál was commissioned by the Maryland Classic Youth Philharmonic. The work is the recipient of the Masterworks Prize for living composers granted by ERMMedia.

The work opens with rhythmic energy and robust brass lines, followed by a slower, more expressive section featuring solo and chamber playing, resonant harmonies, and soaring melodies. After building to an emotional climax, the slow section ends, and the composition transitions back to a recap of the original thematic material. Finally, the music drives toward a dynamic conclusion with powerful playing punctuated by aggressive percussion and full symphonic sound.

The orchestral version of Chapter Finál was granted a Masterworks Prize by ERMMedia and was professionally recorded by the Kiev Philharmonic in 2007. It was transcribed and adapted for Wind Ensemble in June 2012.