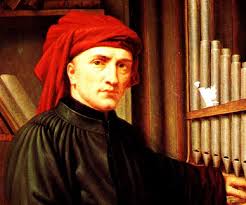 A chansonnier is a song book, usually a collection of secular songs, which became popular in the 15th century as a means of disseminating compositions both before and after the advent of the printing press. My hope with these three transcriptions of chansons attributed to Franco-Flemish Renaissance composer Josquin des Prez is to bring the coloristic possibilities of the wind symphony to one of my favorite compositional idioms: the 15th-century chanson. It is also my hope to expose wind players to a rich compositional language that -- without these kinds of transcriptions -- they may not be exposed to as performers. While I have liberally dramatized these chansons with new textures, percussion, contrasting instrumental combinations, and occasionally some added lines, I have left Josquin’s 4- and 5-part counterpoint completely intact.

The three chansons were chosen for contrast and variety: Mille regretz (one of his most popular), Fama malum (which begged to be set for an energetic brass section), and Nymphes des bois (composed in memoriam for Josquin’s mentor, Johannes Ockeghem). A eulogy of sorts concludes the final chanson, which I have left in its original form, underneath some freely-composed melodic references to the first two chansons, as a way of binding the chansonnier together.