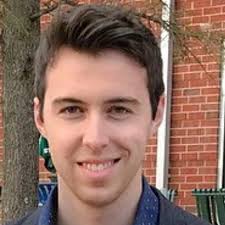 Chandler Darren Comer (b. 1996, Centreville, Va.) is an American composer, arranger, and performer.

Chandler began writing concert band music at the age of 12 and had his first piece, Beyond the Clouds, published at the age of 13. Since then, he has gone on to write hundreds of compositions for concert band, orchestra, jazz ensemble, marching band, brass quintet, and various other chamber ensembles. His music has been premiered and performed across the United States and Canada, and his talents have been recognized and rewarded. In 2018, Chandler was acknowledged as the sole winner of the 2018 Claude T. Smith Composition Contest for his piece Key West Overture, and was recipient of the $5,000 prize.

On top of being a solid young composer of wind and orchestral music, he is a skilled multi-instrumentalist, songwriter, and producer, and is proficient in trombone, trumpet, guitar and piano. Chandler has also had the opportunity to study under renowned mentors and professors, such as composer Mark Camphouse, at his alma mater George Mason University in Fairfax, Virginia.

In the future, Chandler looks to continue writing music, build his catalog, and share his spirit and love for music with others.