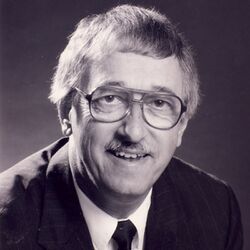 The work is very spirited and consists of two themes. The first is very fluid and is stated by the woodwinds. The brass and percussion add punctuation to this theme. The second theme (while maintaining the same tempo) is very sostenuto and lyric in sound.

In 1988, Zdechlik was commissioned to compose a work commemorating the twentieth anniversary of the Medalist Concert Band of Bloomington, Minnesota, with Dr. Earl C. Benson conducting. This seventy-member community concert band was awarded the prestigious Sudler Silver Scroll by the John Philip Sousa Foundation in 1996. Celebrations is a dynamic work that alternates between two themes: the first utilizes rapid ascending phrases in the woodwinds against a marked background by the brass and percussion and the second grandiose theme is worked into the composition to provide a chance to reflect on past triumphs. These themes ultimately combine in a final, majestic ending.