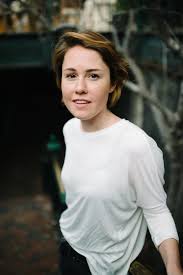 Shaw began playing the violin when she was two years old. Her mother was her first teacher. She began writing music when she was ten years old, mostly in imitation of the chamber music of Mozart and Brahms. At the time, her main focus was on violin performance. Shaw received her Bachelor of Music degree (violin performance) from Rice University in 2004, and her master's degree (violin) from Yale University in 2007. She entered the PhD program in composition in Princeton University in 2010. At 30, Shaw became the youngest recipient of the Pulitzer Prize for Music for her composition Partita for 8 Voices. Parts of the work were also used in the German-language Netflix original series Dark.

Besides composition, Shaw is known as a musician appearing in many guises. She performs primarily as violinist with the American Contemporary Music Ensemble (ACME) and as vocalist with Roomful of Teeth. She also works with the Trinity Wall Street Choir, Alarm Will Sound, Wordless Music Orchestra, Ensemble Signal, AXIOM, The Yehudim, Victoire, Opera Cabal, the Mark Morris Dance Group Ensemble, Hotel Elefant, the Oracle Hysterical, Red Light New Music, Robert Mealy's Yale Baroque Ensemble. Her works have been performed by Roomful of Teeth, So Percussion, ACME, the Brentano String Quartet, and the Brooklyn Youth Chorus. Shaw has been a Yale Baroque Ensemble fellow and a Rice University Goliard fellow. She received the Thomas J. Watson Fellowship in 2004/5.

Shaw was the musician in residence at Dumbarton Oaks during the fall of 2014, and was composer in residence with Music on Main in Vancouver, British Columbia, Canada through 2016.

In October 2015, rapper Kanye West released a remix of Say You Will, the opening track from his 2008 album, 808's & Heartbreak. The remix, co-produced by Caroline Shaw, features vocals from Shaw similar to her classical compositions. She also features on Wolves and contributed vocals to Father Stretch My Hands Pt. 2, both from West's 7th studio album, The Life of Pablo. Shaw also contributed vocals to a leaked version of Only One that appeared on the internet in February 2016.