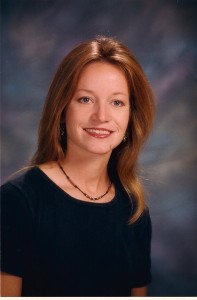 Carol Brittin Chambers (b. 1970) is an American composer, eductor and arranger.

Chambers is the owner and composer of Aspenwood Music, where she is commissioned each year to compose and arrange works for concert band, marching band, and various other ensembles, as well as The Crossmen Drum Corps. In addition to marching music, Chambers also enjoys writing works for concert band, solo instruments, and small ensembles. She was most recently named the winner of the 2019 WBDI (Women Band Directors International) Composition Competition.

She is currently on the music faculty at Texas Lutheran University where she teaches trumpet and music education. In addition to writing and teaching, she also maintains an active performance schedule, including appearances with the Mid-Texas and San Antonio Symphonies, as well as the San Antonio Brass.

Before coming to TLU, Chambers taught band for many years in the North East Independent School District, in San Antonio, Texas. She was an assistant band director at Ed White Middle School, Lee High School, and Bush Middle School. She also taught private lessons in NEISD.