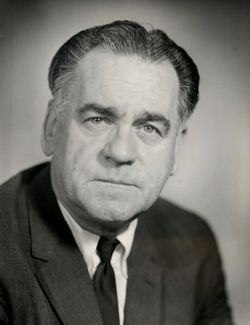 
Cost: Score and Parts – Out of print.

Carnival Day in New Orleans – The climax of the week of celebration before Lent, the week known as Mardi Gras.

Early in the morning...before the sun has had time to dress for the occasion...a quiet excitement pervades the big city. The streets are empty, but inside the homes, there is a hushed tenseness. Lunch baskets, masks, costumes, whistles, fabulous hats all must be made ready for this day of days.

Suddenly, a bright and festive sun emerges from behind the clouds. From every street, strange, gay figures wend their way toward the avenue. Maskers dressed as monkeys, mice, sailors, Spanish dancing girls, throng together to await the glorious parade.

Soon the brightly decorated thoroughfare is filled to brimming over. People on sidewalk – people threading their way through the middle of the street – people sitting atop tall ladders, peering expectantly down the avenue – people crowding the front yards of stately homes – people running, jumping, laughing, drinking, eating – fun-loving, carefree, jubilant PEOPLE! There's romance, camaraderie, an unrestrained joie de vivre in "the city that care forgot" – on this the day of days!

As several of the smaller parades pass by, the hilarity slowly mounts. Suddenly a new sound electrifies the air. With the force of a whirlwind, excitement sweeps through the crowd as they tell each other, "It's coming, it's coming!"

A surreptitious thump, thump – thump, thump, thump – comes nearer and nearer. As though commanded by a mighty general, the crowd backs up against the sidewalks, and as the heralding of the trumpets soars through the air, they thrill to the coming of REX – the magnificent King of Carnival. Resplendent in his elegant robes, surrounded by his merry courtesans, the "King of Misrule" slowly waves his scepter to his wildly cheering subjects. This is the climax that has been so eagerly awaited. But long after he has passed, his praises will continue to be sung, and he will be feted, toasted, and cheered far into the night of this glorious Carnival Day in New Orleans.