Carmen Fantaisie for Flute and Band 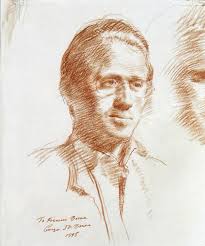 Operas were the “pop” music of their day, and salon pieces were one of the most popular means by which the “hits” of an opera were brought to a wider public. There are quite literally hundreds of settings for solo instrument with piano accompaniment or for piano solo of the most popular arias from practically every opera imaginable. Frequently, the most popular operas were used by a number of different arrangers.

Francois Borne (1861-1929) arranged melodies from Bizet’s Carmen for flute and piano, taking a place alongside Pablo de Sarasate’s settings of the same material for violin and Herman Bellstedt’s setting for cornet. In recent years, outstanding soloists have been fit [sic] to return to these popular show pieces, and these salon pieces are now being heard in concert worldwide as well as being perennial favorites on classical radio stations. The familiar melodies are immediately recognized by concert goers, and ample opportunity for technical display makes them equally popular with soloists.