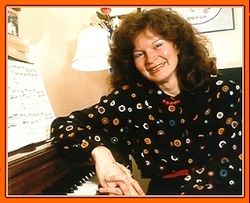 What is it about Cape Breton? What makes the people so strong and their music so keen? In 1497 the first Europeans led by the famed explorer John Cabot arrived on Cape Breton, which is now part of Nova Scotia, Canada. Cabot's discovery of the island led to its gradual settlement by Scots, Irish, French and English. The mid-1700s brought major changes to Scotland with the end of the Highland Clan System. Contemplating a grim future in their homeland, many Scots left for new opportunity in Cape Breton. Cape Breton has since become a stronghold of Gaelic culture, some say more deeply Scottish than Scotland. This fierce blend of daring, edgy courage, pathos and energy has become distilled to a fine, strong spirit in the music played by Bretonians from then until now. Music from Cape Breton is Celtic times twenty!

The three movements of Cape Breton Postcard are meant to portray the integral bond between the land and the soul: The Dawn, The Mist and The Thunder are all intrinsic to the Cape Breton environment. The Mist is derived from a melody for solo fiddle called Arisaig Mist by Wilfred Gillis, a Canadian composer, and used by permission of Cranford Publications of Cape Breton Island. That haunting melody was the starting point for the concept of the entire piece. All other melodies are original to this work but inspired by much listening to music from Cape Breton.

Cape Breton Postcard was commissioned by the Hill Country Middle School Bands in Austin, Texas, Cheryl Floyd and Chuck Fisher, directors. The commission was funded by the Baylor University School of Music, Dr. Kevin Sedatole, conductor, and the Stevenson family. The piece was premiered by the Hill Country Middle School Band on May 24, 2005, at the Westlake High School Auditorium with the composer present.