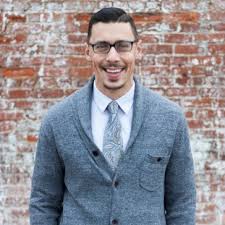 The Grand Canyon in Arizona is one of the most stunning geographical locations in the United States. Now a UNESCO World Heritage Site, the Grand Canyon was named a national park in February of 1919. Canyon Exclamations is a celebration of the centennial of the Grand Canyon National Park.

The piece is comprised of two major sections which appear in ternary form (A-B-A). The A section includes three main themes: a fanfare, a hymnsong, and a march. The fanfare appears at the opening and close of the first A section. The short hymnsong is stated twice, and is each time followed by an aggressive episode that is reminiscent of the fanfare theme. The march theme serves as a transition back into the opening fanfare theme.

The melodic material of the slower B section is at least in part motivated by the A section's march theme. A woodwind duet and trumpet solo precede an emotional full ensemble statement. The intensity and somberness of the B section is meant to commemorate the many lives that were lost during westward expansion especially those of many Native Americans who originally inhabited the lands around the Grand Canyon.

Elements of the A and B sections are juxtaposed in the 'A Tempo' transition immediately following the close of the B section. This includes fanfare figures, part of the hymnsong, and the B section's duet theme which again is derived from the A section's march theme. The piece closes with a third and final statement of the opening fanfare theme followed by a jubilant coda.

"Preservation of one's own culture does not require contempt or disrespect for other cultures."
- Cesar Chavez