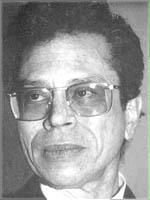 This title translates from the Spanish as "Song of Deed."

Conceived only a few years after the historical events on which it is based, Leo Brouwer's Canción de Gesta was written in 1975 as an homage to the revolutionaries who fought against Batista's dictatorship in Cuba. Canción de Gesta follows the journey aboard the boat Granma that brought Fidel Castro and his men from Mexico to Cuba in 1959. The work takes its title from a poem by Pablo Neruda which recalls that same voyage. Water imagery plays significant role in the music, and Brouwer includes a quote from Handel's famous Water Music.

Canción de Gesta was originally commissioned by the Pittsburgh Symphonic Winds and later re-orchestrated for small orchestra. The work is strongly influenced by Cuban nationalism, as are other works by Brouwer, including his Cantata Juan Menéndez, Cantigas del tiempo, and the more recent Triple concierto (Sones Cubanos).

Cuban composer Leo Brouwer sent the score of his Canción de Gesta (Epopeya del Granma, la nave llena de Futuro) to American Wind Symphony Orchestra (AWSO) director Robert Boudreau as a token of thanks for Boudreau's advocacy for the classical musicians of Latin America. The title -- literally, "Song of Heroic Deeds (The Epic of Granma, the Ship Full of Future)" -- alludes both to poet Pablo Neruda’s Canción de Gesta about Castro's momentous journey to Cuba aboard the Granma and to the odyssey of another ship, the Point Counterpoint II, on which the young musicians of the AWSO traveled and performed.