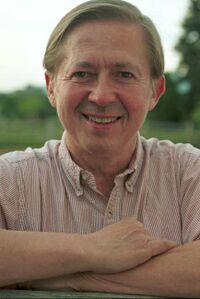 Dedicated to California Music Educators that have weathered the storm, with spirits set on new beginnings and the strongest times to come as the California All-State Music Education Conference moves to San Jose, CA in 2016.

“Music is wonderful. It lets us tell ourselves things we can’t speak out in words. It opens the dream space and lets us dream together. It lets us imagine the world as it really is, a place of vitality, power and possibility.

We live in fear of destruction, from climate change, nuclear bombs, increasing population, vanishing resources, continuous war. When the troubles are listed like this it is hard to know what we think we are doing with our seemingly simple and innocent music making.

California has always been a place of big dreams. The music of California celebrates the California dream space. There is tremendous beauty here — the forests, deserts, mountains and valleys, the ocean — and also the strength within the people and in the earth to meet the times that are upon us. Music lets us dream, and in that dream is the possibility of a new world, one in which humans live in harmony, within themselves, with all other people, with all other species, with the planet. Is this dream impossible? Are circumstances too complex? Will human nature never change? My answer to these questions is no. The dream starts somewhere. Let our music making be one such place.”