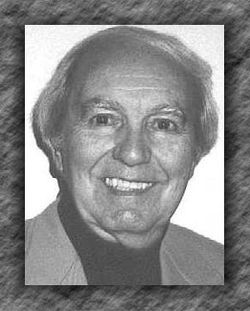 Mr. Giovannini graduated from Lane Tech High School in Chicago, Ill., in 1943 and joined the U.S. Navy later that year where he was soloist with the Navy Band in Washington, D.C. Giovannini resumed his studies at the Chicago Conservatory after his release from the Navy in 1946, and he graduated with an MM degree in composition in 1948. He joined the National Broadcasting Co. Staff Orchestra as a pianist in 1949, appearing as a soloist in various radio and television shows. During the years 1956 and 1957, he was the music director of the Kukla, Fran and Ollie television show, after which he joined the American Broadcasting Co. Staff Orchestra in 1958.

Giovannini moved to Los Angeles in 1959 and worked as a free-lance pianist and composer for motion picture and television films and continued to produce works for concert band. Many of his works were composed in a more-or-less "1960s pop-rock style," but he created several more serious works for band as well, such as Fanfare, Chorale and Fugue, Jubilance, and Symphony in One Movement. His most popular piece was Overture in B-flat. Many works from his catalogue continue to appear on state and national festival lists. He retired to Arizona in the 1990s but returned to the Chicago area in 2007 to be closer to his family and friends. Caesar Giovannini completed his final composition, Honor and Glory, in 2015. This 27-piece orchestration was dedicated to and performed and recorded by the U.S. Navy Band.