Cabinet of Dr Caligari, The 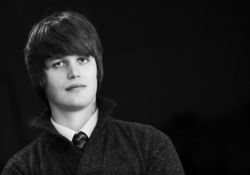 The Cabinet of Dr. Caligari is [a] silent German expressionist film from 1920. Considered by many to be the first true horror film, Caligari was incredibly innovative with its use of cinematography, warped sets, and the first substantial use of what is now known as the ‘plot-twist’ ending. The title character of the film, Dr. Caligari, has a cabinet - (believe it or not!) - and in this cabinet lives the somnambulist (the sleepwalker) Cesare, who goes around carrying out Caligari's evil deeds. Directed by Robert Wiene and staring Werner Krauss and Conrad Veidt, The Cabinet of Dr. Calagari continues to influence, inspire, and captivate filmmakers even today.

Deterling’s work for concert band makes use of several themes used in his orchestral score that he composed to accompany the film.