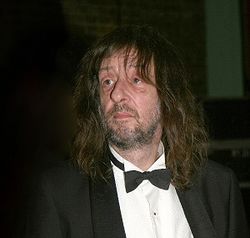 This Broadway-style work paints a glamorous picture of American life and popular music of the 1920s. Based on a night “out on the town,” the music is boisterous, powerful, and moves through a series of key changes that add energy and vitality to the music. A laid-back middle section features a sultry alto sax solo before the music becomes more playful in nature. The entire ensemble returns for the final curtain call.

As to programme note I'm not really very good at this. The following is as much a general instruction to the ensemble as a programme note.

The music reflects a glamorized notion of American society in the nineteen twenties, particularly how a night out may have been. As with a lot of popular music of that period it should be played with swagger and panache.