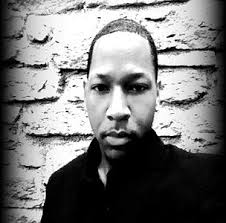 Brian Raphael Nabors (b. 1991, Birmingham, Ala.) is an American composer and pianist.

As a composer, his work has recently been performed by the CCM Chorale and read by the CCM Philharmonia at the University of Cincinnati College-Conservatory of Music. Most recently, his work Nimbus Volare for solo flute and wind symphony was commissioned by flutist Bradley Garner for performance at the 2016 Texas Music Educators Association Conference by the West Texas A&M University Symphonic Band.

His compositional style is derived from his experiments with color and timbre, quick harmonic shifts, and the use and development of themes. Much of his music is influenced by the combined harmonic sounds of jazz/R&B infused with the tonal language of European mid-20th to 21st Century music, creating a neo-tonal, contemporary sound world. This fusion of sound worlds is one that continues to craft his very distinct compositional voice.

Brian has also been featured in master classes with notable composers such as Samuel Adler, William Bolcom, Lowell Liebermann and pianist Jon Nakamatsu. Brian plans to pursue doctoral studies in composition by the fall of 2016.