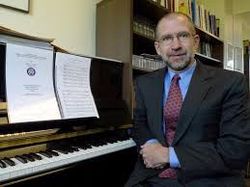 Brett L. Wery (b. 15 February 1963) is an active American composer/arranger in the Capital Region area of upstate New York.

Mr. Wery received his bachelor’s degree at the North Carolina School of the Arts and his master’s degree at the University of Denver. He is a professor at Schenectady County Community College in Schenectady, N.Y., where he teaches theory, conducting, and applied woodwind studies. Mr. Wery conducts the Schenectady County Community College Wind Ensemble and is the Music Director/Conductor of the Capital Region Wind Ensemble.

As a clarinetist and saxophonist Mr. Wery performs and records with the Empire Jazz Orchestra, Albany Symphony, and the Dogs of Desire. He and pianist Mark Evans present regular chamber music concerts as part of the SCCC Chamber Music Series.