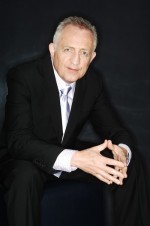 Tovey was educated at Ilford County High School, the Royal Academy of Music and the University of London. His formal music education was as a pianist and composer. Whilst at the Royal Academy, he also became a tuba player, studying with John Fletcher. During his student years he conducted several broadcasts on the BBC, and also played in the London Symphony Orchestra at the Salzburg Festival.

Tovey was appointed a staff conductor of London Festival Ballet at the age of 22, working with Massine on a production of Parade, Hynd on Nutcracker and Sanguine Fan and with Nureyev on Romeo and Juliet. In 1978 he became Music Director of Scottish Ballet, conducting Peter Darrell's major ballets including Cheri and Five Rückert Songs (with Janet Baker). From 1984 to 1988 he was Principal Conductor of Sadler's Wells Royal Ballet. During this period he also conducted several British orchestras and appeared as pianist in Elite Syncopations. Tovey conducted the first season of the revived D'Oyly Carte Opera Company in 1988. Between 1989 and 2001, he was the music director of the Winnipeg Symphony Orchestra, and was instrumental in establishing the city's annual New Music Festival, which began in 1992.

Maestro Tovey was appointed Music Director of the Vancouver Symphony Orchestra in 2000. Under his leadership the VSO has toured to China, Korea, across Canada and the United States. Mr. Tovey is also the Artistic Adviser of the VSO School of Music, a state-of-the-art facility and recital hall which opened in downtown Vancouver in 2011. His tenure has included complete symphony cycles of Beethoven, Mahler, Brahms as well as the establishment of an annual festival dedicated to contemporary music. In 2018, the VSO’s centenary year, he will become the orchestra’s Music Director Emeritus.

In 2003 Bramwell Tovey won the Juno Award for Best Classical Composition for his choral and brass work Requiem for a Charred Skull. Commissions include the New York and Los Angeles Philharmonics, the Toronto Symphony and Calgary Opera who premiered his first full length opera The Inventor in 2011. A recording of the work by the VSO with UBC Opera and the original cast was made for the Naxos label and will be released this season. In 2014 his trumpet concerto, Songs of the Paradise Saloon, was performed by the LA Philharmonic with Alison Balsom as soloist, and was subsequently repeated by the same soloist with the Philadelphia Orchestra, in December 2014.

During the 15-16 season Mr. Tovey’s guest appearances include the symphonies of Montreal, Melbourne, New Zealand, and Pacific Symphony, and the Philadelphia Orchestra and New York Philharmonic, reprising his programs with both at Bravo! Vail in summer 2016. The summer also includes returns to the Blossom Music Center, Ravinia Festival, and Hollywood Bowl. In the winter of 2016 he will conduct Korngold's Die Tote Stadt with the Calgary Opera.

A talented pianist, he has appeared as soloist with many major orchestras including the New York, Sydney, Melbourne, Los Angeles, Pittsburgh, St Louis, Toronto, and Royal Scottish orchestras. In the summer of 2014 he played and conducted Gershwin’s Rhapsody in Blue at the Hollywood Bowl with the LA Phil and in Saratoga with the Philadelphia Orchestra.