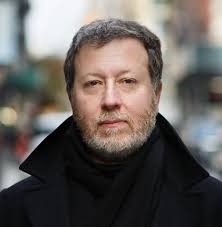 Brad Lubman (b. 1962) is an American conductor and composer.

In addition, he has worked with some of the most important European and American ensembles for contemporary music, including Ensemble Modern, London Sinfonietta, Klangforum Wien, Musik Fabrik, Ensemble Resonanz, and Steve Reich and Musicians. Lubman has conducted at new-music festivals across Europe, including those in Lucerne, Salzburg, Berlin, Huddersfield, Paris, Cologne, Frankfurt, and Oslo.

Lubman is founding co-artistic and music director of the New York-based Ensemble Signal. Since its debut in 2008, the ensemble has performed over 180 concerts and co-produced ten recordings.

Lubman was the 2017 Composer in Residence at the Grafenegg Festival in Austria in his dual role as conductor and composer in residence; a highlight of his residency was a performance with the Tonkünstler Orchestra Austria, where he led works by Brahms and Mahler as well as the world premiere of his own Reflections for orchestra. His recent work Tangents was commissioned by the LA Philharmonic and premiered at Walt Disney Concert Hall.

Brad Lubman is on faculty at the Eastman School of Music and the Bang on a Can Summer Institute.