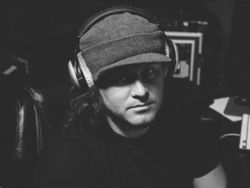 Barry writes, "It was a very Bob Boss-like experience. At the center of the piece is a silly motif in the timpani, which sounds like someone playing bongos, as well as some quirky horn lines."